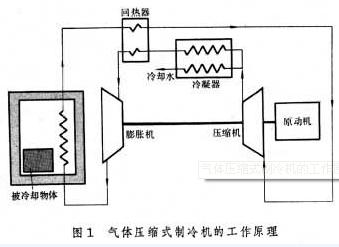 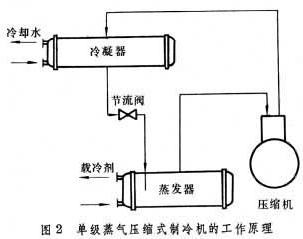 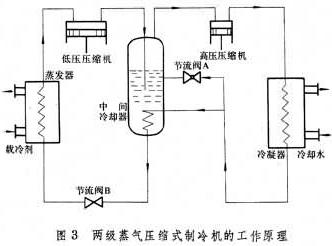 When cascaded with two single-stage refrigerators, the evaporation temperature of the low-temperature stage is generally -40 ï½ž -80 â„ƒ. When a single-stage refrigerator is cascaded with a two-stage refrigerator, the evaporation temperature can be as low as -110 â„ƒ; if ternary (such as R22, R13 and R14) is cascaded, the evaporation temperature can be as low as -140 â„ƒ.
Main equipment of vapor compression refrigerator The main equipment of vapor compression refrigerator includes compressor, condenser, evaporator, condensing evaporator and throttling mechanism.
Compressors Refrigeration compressors are available in reciprocating, centrifugal and screw types. The working principle and overall structure of the refrigeration compressor are basically the same as those of other compressors, but according to the requirements of the refrigerator, the structure has the following characteristics: â‘  High sealing requirements, and no leakage inward or outward is allowed. Therefore, large and medium-sized refrigeration compressors are equipped with shaft seals where the main shaft extends out of the body, and small refrigeration compressors are made semi-closed or fully enclosed. The semi-hermetic compressor usually integrates the machine body and the motor casing, or connects the two with a flange. The fully enclosed type is also limited to small reciprocating compressors and rolling rotor compressors. A sealed steel casing is used to seal the compressor and the motor, and it is generally not dismantled. â‘¡ Freon can be dissolved in lubricating oil, so it is often equipped with a heater in the oil tank of the crankcase. Some screw compressors and rolling rotor compressors use the oil injection method to achieve internal sealing and cooling. In addition to the oil injection device, a high-efficiency oil separator is also provided. â‘¢The compressor sucks saturated vapor. Ammonia gas is easy to carry liquid, so the reciprocating ammonia compressor is equipped with a safety cover to prevent liquid impact. â‘£When multi-stage compression, the flow rate of each stage is different, so most of the multi-stage centrifugal compressors and screw compressors are equipped with an intermediate air supplement system, which is equipped with a power saver to improve the economic operation of the refrigerator.
The condenser takes away the heat of the refrigerant by the surrounding medium, where the refrigerant is cooled and condensed into a liquid. There are two types of condensers: water-cooled and air-cooled. â‘  Water-cooled condenser is the most widely used type of condenser, used in medium and large-scale refrigerators. Water-cooled condensers are: shell and tube type, refrigerant condenses outside the tube (see tube and shell heat exchanger); sleeve type, refrigerant condenses in the tube cavity (see sleeve type heat exchanger); spray type , The refrigerant condenses in the tube (see coil heat exchanger); in the evaporative type, the refrigerant condenses in the tube, the water is sprayed outside the tube, and air blows over the surface of the tube. The shell-and-tube structure is relatively compact, with good heat transfer effect and wide application. Shell-and-tube condensers used in Freon refrigerators are often equipped with fins outside the tube to enhance heat transfer due to the low heat release coefficient of Freon condensation. â‘¡Air-cooled condensers are mostly used in small Freon refrigerators, and are divided into two types: forced air convection (fan blast) and natural convection. The former has better heat transfer effect. The air-cooled condensers are all made into a coiled tube type, the refrigerant is condensed in the tube, and the tube is provided with fins. 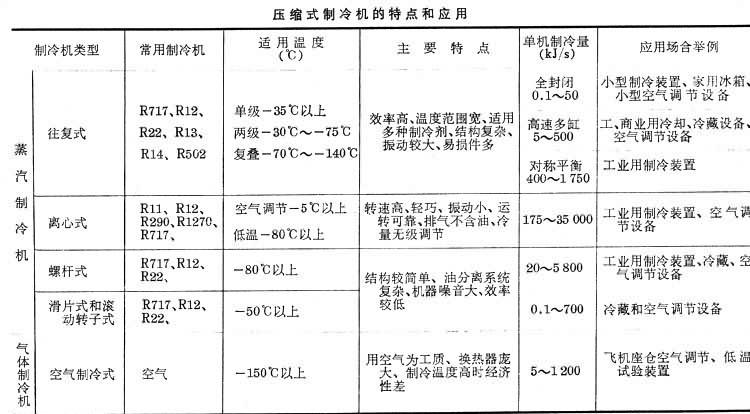