On January 5-6, 2017, the 2016 Gaogong LED Annual Meeting and Golden Globe Awards Ceremony and the 10th Anniversary of High-Industry Research and Development (2006-2016) hosted by Gaogong LED The celebration was held in Shenzhen.

On the afternoon of January 6th, at the closing ceremony of "The Future of LED" by Mulinsen, Li Guoping, chairman of Hongli Zhihui, delivered a keynote speech on "The LED industry entered the 'new' opportunity cycle". 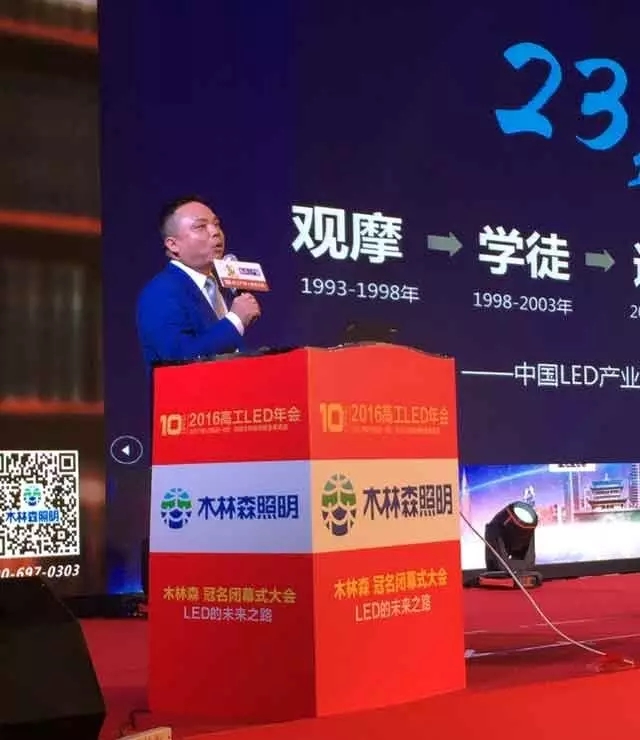 Li Guoping pointed out that price increases, expansion, mergers and acquisitions, and cross-border are key words in the LED industry in 2106, which have a great impact on domestic LED-related enterprises.

At this stage, capacity expansion is an inevitable choice for enterprises to achieve scale effect and reduce production costs, and participate in market competition. However, it must be based on strong capital, so the pressure on enterprises is also very large. Therefore, it is not recommended that SMEs expand production at this stage. At the same time, LED manufacturing has become a traditional manufacturing industry, so the intelligent transformation of production line automation is imminent.

At present, the competitive advantages and influence of China's LED packaging manufacturers are increasingly prominent. The technology and strength of the company are progressing very fast, while the international brands are locked in patents, so the future market competition will undergo major changes.

In terms of new product layout, Li Guoping said that Hongli Zhihui has already deployed in emerging markets such as automotive lighting, UVLED, infrared LED, and third-generation semiconductors, and still needs to invest more energy and efforts in the future.

On the one hand, we will strengthen the company's advantages in the field of packaging, continue to introduce new technologies, new processes, high-quality talents, deepen the LED market segment, expand the scale of LED packaging and expand the scale of the domestic LED automotive lighting market, and promote enterprises to become bigger and stronger.

On the other hand, participate in new energy auto companies, power systems and network technology companies to build a car networking ecosystem. At the same time, the establishment of investment funds, with the professional capabilities of investment institutions, through a variety of ways to continuously make the company's business bigger and stronger.