A new type of acoustic sensor that sticks to the skin like a small band-aid can monitor your heartbeat and other health indexes, the researchers said.

This sensor will one day provide a way to easily and wirelessly track a person's health. The patch, which weighs less than 100 ounces, helps doctors monitor heart health, stomach conditions, vocal cord activity, lung function, and other potential physical functions, the researchers said.

"We have developed a soft, skin-like device that listens to the internal sounds produced by the function of internal organs," explains John Rogers, co-author of the study. During the study he was a professor of materials science and engineering at the University of Illinois at Urbana-Champaign, currently at Northwestern University. 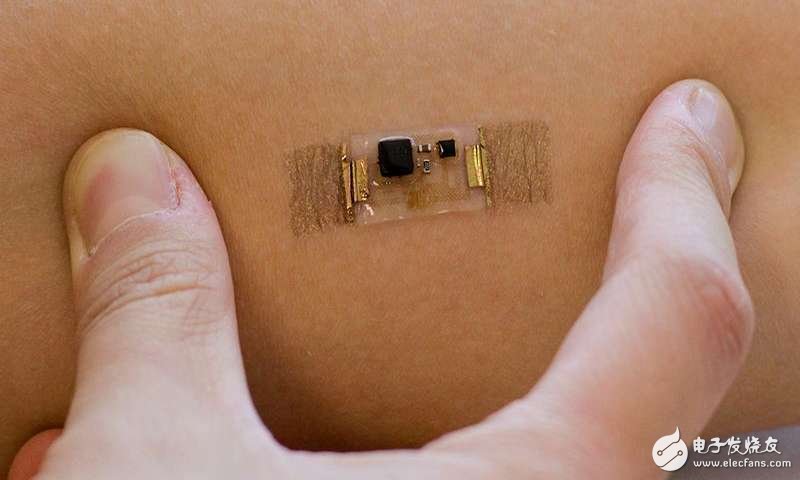 â€œThe device is considered a wearable skin stethoscope. However, the function of constantly listening and recording is not only sound but also low frequency vibration,â€ Rogers said.

The research team behind the latest so-called "Skin Electronics" patch says the patch is soft and thin. The core shape of the silicone is designed to create a soft, comfortable feel when in contact with skin tissue. Make it easier to be worn anywhere in your body.

The patch is designed to "listen" through the skin, tissues and fluids and record the sounds and vibrations produced by breathing, eating, exercising and sleeping.

Those "mechano-acousTIc" signals or sound waves can be used to remotely track very specific functions, such as heart valve closure, muscle contraction, lung expansion, or vocal cord vibration, the authors of the study explain.

This signal may even track the function of an implanted mechanical device, such as a heart pump. Because more than one type of acoustic signal can be recorded at the same time, the patch can track multiple problems simultaneously, the authors of the study said.

The patch can also be equipped with electrodes that record electrocardiogram (ECG) signals to track the electronic health of the patient's heart, according to the researchers.

Speech recognition has the potential for additional support. In theory, this will translate into a variety of application prospects, ranging from helping patients with speech barriers to providing personal voice remote control for a variety of technologies, the researchers said.

The researchers tested a series of such possibilities in the lab and conducted a study in a group of elderly volunteers in a private heart clinic in Tucson.

For example, the patch is used to monitor cardiovascular health in 82-year-old women diagnosed with heart valve troubles and arrhythmias. Also tried a 78-year-old woman with a heart murmur.

The results are exhilarating, Rogers said, "representing the important extensions of this wearable device."

Gregg Fonarow also has the enthusiasm of Dr. Rogers. Fonarow is a professor of cardiology at the University of California.

"These types of non-invasive sensors (with a small wearable skin patch image) may be easier for patients to use," he said.

Fonarow especially likes the potential of this patch, which can be used as a way for doctors to monitor the progression of heart disease or post-operative heart pump equipment.

"However, further research and final randomized clinical trials will be needed to assess the accuracy, effectiveness and safety of the monitor," he warned.

The study was published in the scientific advances published on November 16.

leakage breaker is suitable for the leakage protection of the line of AC 50/60Hz, rated voltage single phase 240V, rated current up to 63A. When there is human electricity shock or if the leakage current of the line exceeds the prescribed value, it will automatically cut off the power within 0.1s to protect human safety and prevent the accident due to the current leakage.
leakage breaker can protect against overload and short-circuit. It can be used to protect the line from being overloaded and short-circuited as wellas infrequent changeover of the line in normal situation. It complies with standard of IEC/EN61009-1 and GB16917.1.