QLEDs, the ultimate evolution of liquid crystal displays, are superior to 4K in display performance. Quantum dots in technology also have a certain advantage in 4K. The innovation in the TV industry is waiting to be averted by the TV industry. The dramatic change is coming. This upheaval is not a concept hype by past industry players, nor is it advocating "Internet subversion of television" (mainly from the content and model level, not relating to television technology), but a profound change driven by technology. 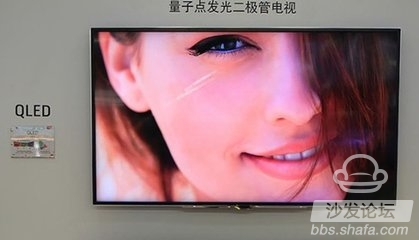 In this major global TV technology upgrade, the Chinese are no longer the only ones who have taken over the elimination of Western products and surplus products. Instead, they have already taken a new look and have become the global demand center for high-end displays.

The data shows that at present domestic Chinese brands have significantly reduced the gap with traditional brands such as Sony, LG and Samsung, and in 2015, the global market share is expected to reach 25%. Although traditional brands such as Samsung and LG have recovered slightly in recent years, they pose a certain threat to the development of local brands and have regained some market share. However, the basic pattern and outcome have been irreversible.

At the same time, with Chinaâ€™s GDP ranks second in the world, Chinese consumers have quickly become global trends, occupying the largest global market share and a large share of high-end products. Demand for high-functionality TVs in the domestic market remains strong, including Internet TV (smart TVs), large-size TVs (above 50 inches), and high-resolution (4K or UHD) displays. For example, two out of every four 4K TVs in the world today are purchased by Chinese consumers!

Different from the market characteristics of branding in other countries, China's TV brands are very large. Consumers' purchasing options are dominated by product performance, which forces TV manufacturers to seize the critical period of technological upgrading.

Given the sheer number of absolutes and cost-effectiveness, Chinese demand will determine which features and innovative technologies will become the global mainstream. For leading domestic brands such as Hisense, Skyworth, TCL and Konka, this means huge business opportunities. 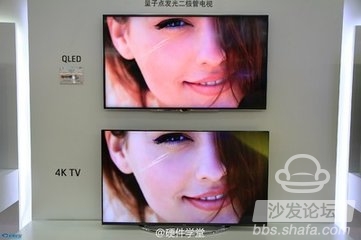 Having said that TV makers need to seize the technological upgrade, which technology should be replaced?

In fact, some high-end technologies have already been adopted by all television manufacturers and cannot bring about brand differences. These technologies include 4K, direct-lit backlights, and curved surfaces. Now, it is recognized by the industry that two key innovation areas may become the turning point in the current Chinese TV market.

One is the core display technology: OLED and LED. Samsung and LG have been advocating OLEDs for their superior black performance and high contrast. However, it has proved difficult for OLEDs to be mass-produced, so prices have remained high. LED is still the safe mainstream technology, and its manufacturing cost advantage is obviously better than OLED.

Although it is a large technology, but this article does not intend to engage in technical papers, simply talk about the results: quantum dot QLED display technology has a unique advantage, can make the TV brightness effectively increase 30 to 40%, and due to the backlight system color conversion utilization efficiency In the case of a sharp increase, the color of the screen is brighter, and the characteristics of energy saving and environmental protection are taken into consideration. The brightness and color purity of the screen are both about twice that of the WLED backlight system, and the performance is obviously improved!

In other words, the two key high-end technologies of OLED and quantum dots can significantly highlight the differences in products.

Some scientific reports pointed out that in the next 10 years, perhaps the era of QLED, like LCD technology replaced the large CRT video tube TV, QLED will become the dominant display area, the ultimate evolution of LCD display. According to actual evaluations, experts even believe that QD TV will crush other technologies. 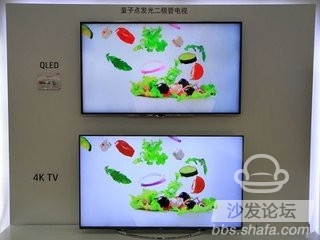 So, the question is, do you want to quickly implement the quantum dot technology?

The technology of the TV industry has developed rapidly. Various vendors also like the concept of fire. After the waves of the Yangtze River pushed forward and the front waves died on the beach, now Quantum TV is coming!

It is a challenge and an opportunity. China's local TV brands can use the world's leading technologies to provide differentiated products to consumers, thus continuously expanding their global market share.

In this rapidly changing Web 2.0 generation. It is not easy for big companies to change sharply and change their own lives. However, they must be reintegrated and constantly updated to maintain their leading position in the market. This is the cruelty and charm of business.