The "Congress International Anti-Piracy Working Group" composed of more than 70 US lawmakers recently announced the "2009 International Piracy Watch List", and China, Russia, Canada, Spain, and Mexico "are on the list." The congressional working group claimed that the above countries were included because of the breadth and depth of piracy issues in these countries, which caused billions of dollars in losses for millions of workers in related industries in the United States. The problem lies in the lack of political will to fight piracy in these countries. .

Piracy is still serious in China â€™s IT industry. From the vigorous development of Windows system software piracy in the 1990s to the proliferation of pirated CDs and movies, from the brutal poisoning of digital music to the falsification of mobile phones, piracy has become like cancer cells. It is eroding China's IT industry, which is still very young. As a representative of the emerging forces in the entire IT field, the GPS industry can not escape this disaster. Since the prosperity of the GPS industry, car navigation maps at the core of GPS have become imitation objects, and reports of car owners blaming the purchase of pirated maps have caused frequent losses. 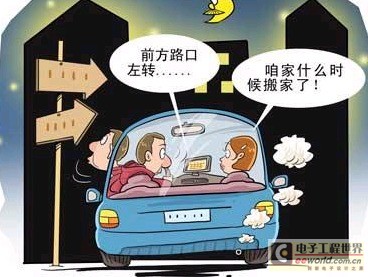 I do not know where the pirated map will take you

There are 7 well-known navigation map providers in China. They are Gaode, Dadaotong, Kailiide, Yitutong, Lingtu, NavInfo, and Intercity Connect (in no particular order). At the time of the anti-piracy boom, the editor specially visited the market, and learned from the above seven graphic vendors how to distinguish the genuine navigation maps, giving some practical help to car owners. From the understanding of the editor, I found that there are two methods, one is quite used by graphic vendors-anti-counterfeiting code, serial number query. This is also a familiar method and is widely used in the IT industry. On the body or memory card of the car navigation, there is a bright silver anti-counterfeit identification coating. After scratching, some numbers are seen. The number of navigation digits of different models is different. After that, you can call the 400 customer service hotline or log in to the merchant's website to check the authenticity. There are 5 graphic vendors using this method: Gaode, Daotongtong, Yitutong, Lingtu, Kailide. Among them, Kay Lide also has a simpler and faster "6A verification method". When purchasing a machine, the owner only needs to enter 6 As on the search page, and the device feature code, activation code, and version number will pop up immediately. Call 400 to inquire about the device Whether the feature code is genuine is enough. This method is the same as the mobile phone verification. The editor believes that the service of the Kay Reed family is more intimate. This method can be operated at the time of purchase, avoiding the trouble of finding fakes after purchase. Regarding the two graphic vendors of NavInfo and Intercity, when the editor asked how to distinguish the authenticity of your products, their responsible person gave the answer, "As long as consumers buy through the regular channels, they are true , There will be no fakes. "In this regard, the editor had to squeeze sweat for consumers, without any anti-counterfeiting identification method, can it really guarantee 100%? I hope that the products bought by the car owners are really as the two responsible persons said, "both are real and there is no piracy!"

Someone once said, "GPS without a map is a waste product." But in the PND (PortableNavigaTIonDevices portable automatic navigation device) market, the market share of genuine map software is less than 50%. The rampant piracy has caused headaches for car owners and dealers. Fighting piracy is not only a business issue, but also a social issue. The editor once again appealed to the car owner to choose a regular storefront when purchasing car navigation, and also to choose a large brand product, not to be greedy for a while and lose the safety of yourself and your family. Pirated navigation will make you spend more time on the road, or even know where it will take you. In the rapid development of science and technology, I believe that stronger and bigger graphic vendors will stand in the position of consumers, make anti-counterfeiting more complete and stop piracy at all costs, I believe in the common With great efforts, China's car maps will be free from piracy at an early date to maintain the normal order of the market.

EDM (electrical discharge machining), is a manufacturing process used to obtain a specific desired shape in metal by applying electrical discharges(sparks),When it comes to using electrical discharge machining, the water serves as a key component. To get the best performance from an Edm Machine, the water must be kept as clean as possible. During the EDM process, some of the metal goes into the water as small particles. The water is filtered and deionized(demineralized) in order to remove those metal atoms. Deionized water helps to promote a higher metal removal rate and enhances the machine`s capacity to deliver a more precise cut. So the EDM water filter is very important component for EDM water filtration system.