This article refers to the address: http://

According to China's automotive electronics technology development plan, after entering the 21st century, the car electronic technology can reach the level of foreign countries in the 1990s. In order to shorten the gap with the technical level of foreign cars and improve their own competitiveness, relying solely on technology introduction is not conducive to development, digestion, absorption, Research and development of its own automotive bus and network applications is in line. At present, the research and application of automobile bus in China is still in its infancy, and the application trend of automobile bus is obvious. It is a good time to intervene in this research.

To construct an in-vehicle network using the CAN bus, the key technical issues that need to be solved are:

1) Technical issues such as rate, capacity, priority level, and node capacity of the bus transmission information; 2) reliable data transmission in a high electromagnetic interference environment; 3) determination of the delay time at the maximum transmission; 4) fault tolerance technology of the network; Network monitoring and fault diagnosis;

With the improvement of the performance of automotive electronic control systems, especially the performance of controller chips and software, automotive bus network systems can not only share information, save wiring harnesses, but also provide richer software functions to enhance product value and competitiveness. To meet the needs of automotive reliability, comfort and other aspects. Bus technologies corresponding to these functions include:

Network management: The controller monitors the running status of the network through network management. Once the communication failure is found, the failure processing is taken immediately. The network-managed sleep and wake-up functions coordinate the power management of each controller, reducing battery drain when the vehicle is parked. Foreign GM, Ford, Volkswagen, etc., as well as domestic FAW, Dongfeng, SAIC, Changan, GAC, Chery and other automakers have integrated bus technology into a universal network platform for high, medium and low models. In this way, the network system changes are reduced, the degree of software reuse is increased, and the development cost is reduced. The vehicle platform of the OEM consists of network standards, test specifications and protocol stacks (network-related embedded software). The commercial vehicle network platform complies with SAEJ1939; the vehicle platform of the passenger car has its own characteristics, but more and more OEMs adopt international standards to share supplier resources. At the same time, more and more suppliers choose to develop protocol stacks by professional companies, thereby reducing development manpower and cycle. In addition, the speed of the MOST bus in 2008 has risen to 150 Mbit/s. In 2009, the BMW 7 Series car has adopted the FlexRay bus. It is foreseeable that in the near future, MOST and FlexRay will replace the current infotainment CAN network and the power CAN network.

The Channel Type Fiberglass Cable Tray is made of fiberglass ,and has very good ability of anti-corrosive,light weight,and heat radiating. 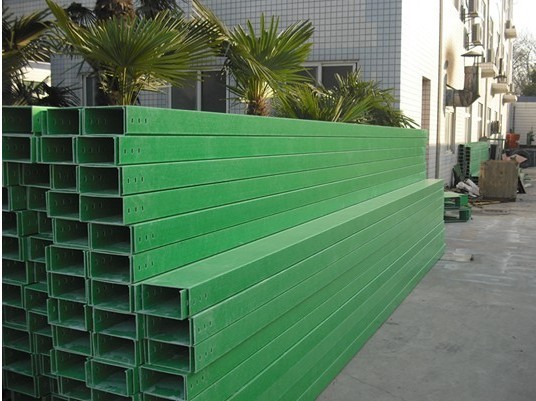