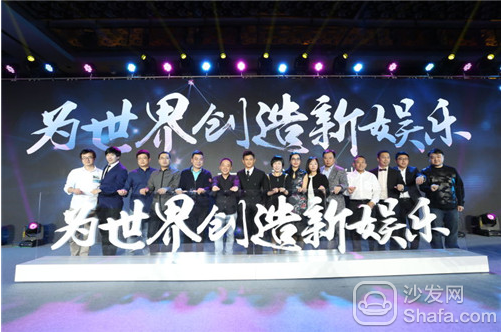 On the evening of April 25, Stormstorm Technology announced the first quarter 2016 report: In the first quarter of 2016, Stormwind Technology achieved operating revenue of RMB 190 million, an increase of 106% year-on-year; VIP user value-added business revenue was RMB 10.5738 million, an increase of 1134% year-on-year; The net profit attributable to the shareholders of the listed company was 3,395,500 yuan, which turned losses into profits over the same period of last year.
Storm Fengxin CEO Feng Xin said that in the future, the company will continue to expand its upstream content business on the basis of four major platforms, including Storm Media, Storm Mirror, Storm TV, and Storm Show, and use big data to open up platforms and content to provide users with precision. Entertainment services to enhance the companyâ€™s commercial liquidity.
In the financial report, the storm said that in 2016, Stormwind launched new products for televisions, expanded product lines, adjusted marketing methods and increased marketing efforts, making product sales better; online interactive broadcast business storm shows went online; The â€œhardware + content + channelâ€ strategic guidance, storm mirror in the hardware, content, channels in all aspects of the work carried out in January 2016, Storm mirror completed the second round of financing 230 million yuan. As of March 2016, the sales volume of storm mirror exceeded 1 million.
In terms of content construction, Storm Mirror has 20,000 video resources for VR video, 700+ panoramic video, and 100+ VR games. During the reporting period, the storm mirror has fully laid out the offline channels.
In the first quarter, the storm increased the copyright procurement of Internet video content. Storm mirror released the first paid VR game "Killing Space"; In addition, Storm Technology announced several partnerships with Ocean Music Group, Tianxiang Interactive, Straw Bear Films, Active Technologies, and Ganpu Technology to build a daily live user over 1.5. Billion's big entertainment ecology alliance, exploring the road "Internet + entertainment".
In addition, Storm Technology released on March 14th, "Beijing Storm Technology Co., Ltd. issued shares and paid for cash to buy assets and to raise matching funds report (draft)" announcement, said in the acquisition of straw bear film industry, legislation technology, AMP technology At the same time, an additional three billion yuan will be matched, of which 1.2 billion will be used for the purchase of DT Grand Entertainmentâ€™s integrated copyright to support the content development of the eight major businesses.
At the same time, the Storm DT Big Data Center focused on data services, strengthened the construction of basic data platforms such as data collection and data warehouse, and continuously updated the data statistics method to successfully increase the click rate of user content, thereby positively affecting the stickiness of company users.
It is noteworthy that shortly before the first quarterly performance was delivered, Fengfeng CEO Feng Xin announced a "letter to shareholders", he talked about his predictions for the development of China's Internet entertainment in the next 10 years, and There are three important tasks that Storm Tech will do in the coming year.
Feng Xin predicts that in the next 12 months, StormTech will have three important tasks: First, to complete 90% of the global DT entertainment layout, and to relocate with VR, sports, film, TV, and other businesses as new centers. "Multi-center layout" began to unfold; Second, the four major businesses of Storm Video, Storm Mirror, Storm TV, and Storm Show became stronger; Third, games, film and sports.
Feng Xin also believes that in the process of storm science and technology development, "the internal cause is the fundamental crisis."
He said that during the construction of the entire group, the storm proposed a federal ecological strategy, so they sought key figures who supported the entire ecologically important node. These people appeared as entrepreneurs rather than as executives. It is believed that this will surely lay the most solid foundation for the future. Companies that do not do so are not in line with the new environment.
In the next 2-3 years, the storm will implement a pyramid mechanism within the group's subsidiaries. â€œWe believe that the major challenge facing the external environment is to reconstruct the original management model.â€ Feng Xin said.