The same side: high-efficiency COB module competes for the 2014 Golden Globe Award

[Text|Senior reporter Luo Shenghua] For the domestic COB packaging manufacturers, the overall situation of COB market in 2014 is getting better, with an increase of 20-30%, especially in the application field of COB devices, and the products even occupy the market in some fields. -50% share. The positive market also brings opportunities for the majority of packaging companies committed to COB.

The same party was established in 2006. The company integrates R&D, design, production and sales of LED light source. It is the leading COB light source supplier in China. In the list of top 10 companies in China's COB packaging output value selected by the recent high-tech LED industry research institute, the same party ranked sixth with strong growth momentum.

Previously, the domestic COB packaging market was dominated by foreign companies such as Cree, Sharp, and Citizen. Now, with the improvement of production technology, a number of local manufacturers such as the same party and Hongli Optoelectronics have also grown, with superior performance and more. With a low price advantage, local companies have begun to erode the market share of foreign companies.

In order to seize the domestic COB light source market more quickly, the company has developed a series of COB products such as mirror aluminum COB, ceramic COB and copper substrate COB. The products have been available and have achieved a good market share. 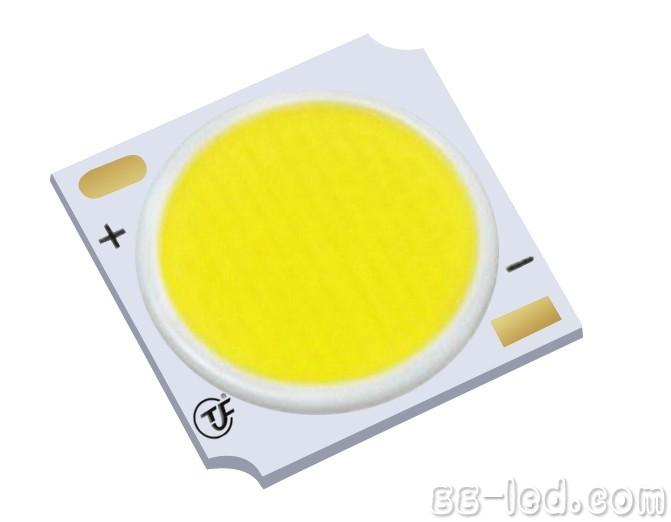 In addition to the above series of products, at the beginning of last year, the company also launched a high-efficiency LED module (series model: M25-01L). After nearly one year of testing, this product has been mass-produced at the end of last year, until 2014. In the first quarter, the sales volume of single-series products has exceeded 10 million W (calculated by power), and the market share has gradually increased.

Up to now, the Golden Globe Awards have been held for four times. Good products are inseparable from a good display platform. Based on the self-confidence of the products, the same party will bring the M25-01L to participate in the 2014 (5th) High-tech Golden Globe Awards - the annual LED good product selection sponsored by Gaogong LED.

As we all know, the evaluation of a light source product is mainly based on the light efficiency and stability of its products.

It is understood that this product uses a pure aluminum substrate designed by thermoelectric separation, the luminous efficiency is up to 160lm/W, and the thermal resistance is as low as 0.8Â°C/W. It is higher than the market average efficiency of 120lm/W. The whole lamp can achieve 120lm/W. In terms of product stability, thermal resistance and brightness, the product can replace the same type of products as the original ceramic metal halide lamp and LED conventional light effect.

In the quality control, through cooperation with the upstream chip factory such as Puri, Jingyuan, and close strategic partnership with Intermec, Dow Corning and other accessories factories to ensure product reliability.

About the Golden Globe Award:

The industry research and media organization authoritative in the LED lighting industry---the high-tech Golden Globe Award of the high-tech LED organization--LED good product selection, aiming to jointly recommend and select the LED products with credibility in the industry to encourage Enterprises strive to be the spirit of the first brand.

Since 2010, this industry-renowned selection campaign has been successfully held for four consecutive years. This year is the fifth session. This year's Golden Globe Awards will use the industry's real name WeChat vote + special judges to vote under the real name to ensure the objectivity and fairness of the voting.

Hand Mixer With Bowl can stand on the table and no need to hold the hand all the time. Besides, they can knead dough in long time and don't worry the dough will spatter.

Description for Hand Mixer With Bowl 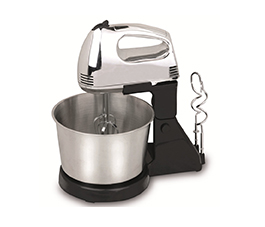