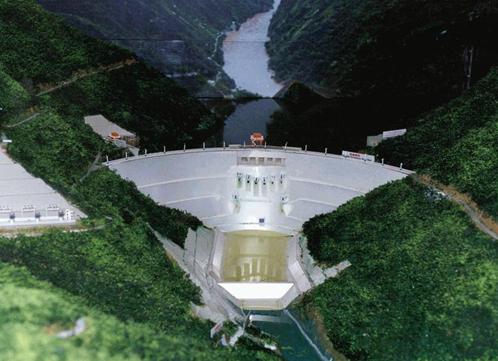 On August 30th, the first batch of 600,000 kilowatts of the first unit of Jinping I Hydropower Station was successfully put into operation. By the end of the year there will be 4 600,000 kilowatts units put into production. The installed capacity of Yalongjiang will exceed 10 million kilowatts, becoming the largest hydropower company in Sichuan and ranking among the top in the country.

Reporter: Jinping has been producing electricity at the first level. How do you feel at this time?

Chen Yunhua: I am very happy and very proud. I can be satisfied with the project of Jinping Hydropower Station throughout my life. Among the many power stations on the Yalong River, I am most concerned about and most worried about Jinping. Not only is it a world-class project, it has many technical problems and it is difficult to build. What's more important is its position in the development of the Yalong River basin. Important.

The development of the Yalong River basin, Ertan is a mountainous move; Jinping is a key battle, and everything is easy to handle; if it is not available, it will be completely lost; the two estuaries will be encircled, and the middle and lower reaches of the river will generate electricity. form. The commissioning of the Jinping I hydropower station indicates that the most difficult giant power station built on the lower reaches of the Yalong River has been successfully conquered, and the center of gravity of the Yalong River basin was formally transferred to the upper and middle reaches, forming a â€œhead to tail response, Quanjiang linkage, and pressure developmentâ€. In order to advance the new situation of â€œorderly advancementâ€, the development of the Yalongjiang Company has also truly entered a new pattern of basin development and watershed power generation. The â€œone main body developed a riverâ€ model has withstood the test of practice.

Will drive economic growth in Liangshan and other places
Reporter: What is the role of hydropower development in the Yalong River Basin for the development of Sichuan?

Chen Yunhua: The Yalong River flows through the Ganzi, Liangshan, and Panzhihua areas of the province. The main power station projects are developed in Ganzi and Liangshan minority areas. In recent years, the Yalongjiang company has invested 10 billion to 15 billion yuan each year in Liangshan. After the completed power station is put into operation, it will bring nearly 2 billion yuan in taxes to Liangshan every year. There are more than 14 million kilowatts of installed capacity in the middle and upper reaches of the Yalong River and 17 cascade power stations. The investment will exceed 250 billion yuan.

The middle reaches of the Yalong River that we are currently working on refer to the section from the two estuaries to the Kara River. The length of the river is 385 kilometers. It is planned to be developed at level 7 with an installed capacity of about 11.725 million kilowatts, of which the two Hekou hydropower stations (3 million kilowatts) are the middle and controlling â€œleadersâ€. "Reservoir, with many years of adjustment capabilities, has been preparing for "four connections and one leveling" after more than six years of external transportation, camping, water supply, power supply, and communications. The construction of Yangfanggou (1.5 million kilowatts) and Kara (980,000 kilowatts) of external highways has been underway for three years and is expected to open to traffic by the end of this year. The approval of Yangfanggou project is being actively promoted.

The upper reaches of the Yalong River refer to the Nida-Yishi Town of Ganzi Prefecture and the Hekou Heping Township of the two river mouths. The river section is 624 kilometers long. According to the preliminary plan, it was developed according to â€œone library and ten levelsâ€ and the total installed capacity was about 2.3 million kilowatts. Preliminary work such as survey and design and project preparation has started.

Yalongjiang has a prominent position in the "Sanjiang Hydropower Base" and its hydropower resources rank first in Sichuan, which will greatly help Sichuan build into the country's largest clean energy base.

Further handle the relationship between development and environmental protection

Reporter: Some people say that Sichuan has over-exploited hydropower. How do you see this problem?

China has solemnly promised to the world that in 2020, the share of non-petrochemical energy in energy will increase from 7.5% in 2005 to 15% in 2020, and CO2 emissions per unit of GDP will be 40%-45% lower than in 2005. It is required that China's hydropower installed capacity reach 420 million kilowatts by 2020. At present, we still have a huge gap of nearly 200 million kilowatts. The construction period of hydropower projects is very long. We should speed up the development of hydropower to cope with global climate change, shortage of energy resources, and protection of the ecological environment.

It is always a good thing to have a variety of different voices for a single thing. Just like Pan Jiaxuan, an academician of the two academies, said those who contributed the most to the Three Gorges Project were those who opposed it. It is their inquiries, questions, and even questions that force you to make every question clearer, the plan to be more ideal and complete, and the quality of the first period is better than the first period.

We should also further handle the relationship between hydropower development, ecological environment protection and comprehensive utilization, and we must continue to innovate in resettlement and support.