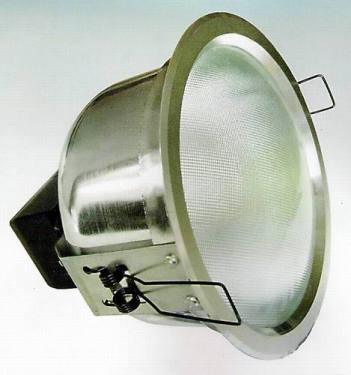 Due to the small range of materials and equipment suppliers for the manufacture of OLED lighting fixtures, and the low maturity of product technology, the production cost of OLED lighting products remains high. At present, 95% of OLED lighting applications are used for characteristic lighting. , such as luxury lamps. In the field of lighting, OLEDs are also gaining momentum. The differentiated advantages of OLEDs relative to LEDs determine that OLEDs will segment the market in multiple lighting segments and LEDs. "In the future, OLED lighting is expected to form another huge industrial value of 100 billion yuan." Dr. Wang Jinshan, president of Nanjing Dijon Organic Optoelectronics, who has been in the OLED research and development field for many years, told reporters that "OLEDs are surface-emitting, and their light source energy efficiency can reach 90%; The unit's light emitting area is also large, which is more conducive to heat dissipation, which not only reduces energy consumption, but also greatly reduces the cost of using heat sinks. When large-scale mass production is realized, OLED lighting will be cheaper than LEDs."

OLED is the abbreviation of "Organic Light Emitting Diode", which is translated into "Organic Light Emitting Diode". It is a semiconductor device that can convert electrical energy into light energy, and stimulates light emission by current. As the next generation of emerging lighting technology that may be followed by LEDs, OLEDs have many new features that make luminaire designers excited: they are extremely slim and they no longer require expensive packaging. Can be made into a variety of shapes, occupying only minimal space, and can be seamlessly integrated into the design environment, and will only be noticeable after power is turned on. This brings new visual lighting experience: such as roll-shaped electronic newspapers, integrated video film, flexible equipment panel lighting and transparent lighting walls.

He Wei, the deputy general manager of the Shanghai Tianma Microelectronics Project Department, made an imagery metaphor: â€œYou can imagine a window with natural light during the day and soft, light brilliance at night. This will not be magic, but it will use OLEDs on windows. Technology, transparent OLEDs and flexible OLEDs will bring ingenious design inspiration and artistic beauty to lighting solutions."

Previously, the event that Yuba Blu-ray severely burned the baby's eyes, which was once difficult to avoid Blu-ray, was sceptical and was considered difficult to overcome in the field of home lighting. The OLED light source can effectively imitate the daylight color, and can have better performance in protecting eyesight.

It is reported that due to the small range of suppliers of materials and equipment for the manufacture of OLED lighting fixtures and the low level of product technology maturity, the production cost of OLED lighting products remains high. At present, 95% of OLED lighting applications are used. Characteristic lighting, such as luxury lamps.

"Technically, we have now achieved a luminous efficiency of 55lm/W on a 200mm panel and a color rendering index (CRI) of more than 85, according to the Energy Star standard white OLED lighting panel. However, the current luminous efficiency and production of OLED lighting Cost, to achieve the current size of LED, at least five years of market development." Wang Jinshan believes that the biggest problem of the current application of OLED is the price. He Feng, founder and CEO of Nanjing Dijon Organic Optoelectronics, also stated that â€œcost is the most critical factor that restricts the start-up of the OLED lighting market. We hope to make OLEDs in the field of lighting by improving the luminous efficiency and cost of OLED lighting. The competitiveness of our products has accelerated, and by 2016-2017 we will reduce the price from current 1000-2000 yuan/klm to about 60 yuan/klm.â€

According to the current technology development speed of OLED lighting, Displaybank estimates that the OLED module efficiency of 100x100 mm 2 (mm2) will exceed 200 lm/W by 2020, and the cost per unit of material will be reduced to less than 3 US dollars.

Relative to the application of OLED in small and medium-sized display screens, the average consumer's awareness of OLED lighting products is very low. The reporter interviewed a number of LED distributors and lighting designers, and all said that little is known about OLED lighting products. Some haven't even heard of it.

The original Hangzhou Zhou Shi lighting designer Bumblebee said: "Before only seen in the magazine OLED lamps, have not seen in the market. Take the indoor lighting market as an example, the market acceptance of LED only three or five years, but the current LED The average level of illumination is still less than the maturity and stability of traditional metal halide lamps, and its market penetration rate is still insufficient. To promote OLED in a wide range, it may take longer.â€

Zhang Haijun, Honorary Chairman of the Shanghai Institute of Illumination, believes that OLEDs need to go through several years of market incubation to achieve high quality and low price: On the one hand, the maturity of technology needs to be transformed into a large decline in scale production costs, and the price is affecting market share. The key factor; On the other hand, the consumer's adaptation to the surface light source also takes a long time to change.

According to Wang Jinshan, Nanjing Dijon Organic Optoelectronics has built a 200mm x 200mm OLED lighting pilot line (G1 line), which was successfully launched at the end of 2011. The OLED lighting Wanping production line under construction has a production capacity of 20,000 square meters. It plans to begin trial production in the first half of this year. When to start building a higher-capacity production line, it depends on the market's response to OLED lighting products.

Currently, OLEDs, including European companies such as Philips, OSRAM, Merck, and Novaled, as well as Japanese manufacturers such as Mitsubishi Chemical, Sharp, Kaneka, Panasonic, Toshiba, etc., are still in tentative launch products or experimental mass production. Several companies led by LG Chemical have announced that they will introduce 80 lumens (lm/W) or more of energy-efficient or transparent OLED lighting products this year.