Changzhou PV products exported to the United States accounted for 80% 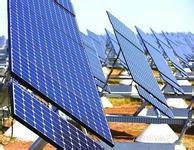 In August, Changzhou Port exported 1392 TEUs of photovoltaic products, an increase of 108% year-on-year, of which exports to the United States market accounted for about 80%, and exports to India, Australia, South Africa and other emerging markets accounted for about 15%. The data shows that the photovoltaic companies in our city have already emerged from the shadow of the United States' double counter investigation and have achieved greater growth. At the same time, they have made some progress in exploring new markets.

However, only 5% of the photovoltaic boxes exported to the EU market are. It has been one month since China-EU photovoltaic trade disputes were reached, but photovoltaic companies in our city have not made substantial progress in the agreement. Companies are cautious in shipping. The main reason is that although China and Europe reached an agreement, they actually implemented 94 PV companies. The number of quotas remains unclear, and companies expect the quotas to be implemented as soon as possible.